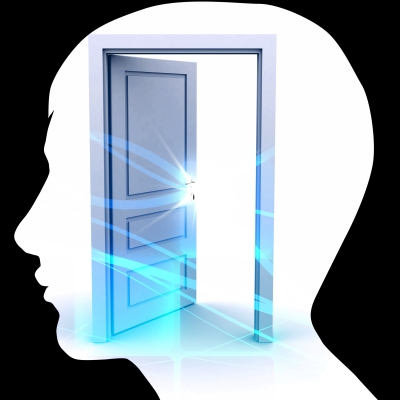 This is the first step in recovery. The delusion that we are like other people, or presently may be, has to be smashed. (Alcoholics Anonymous pg. 30)

To begin with, when a person is starting recovery, the minimizing and denial must stop! One of the struggles that many have in early recovery is this idea that I have problems and I am going a little overboard, but I am “not that bad” (not a serious alcoholic or a serious addict). In other words I am fairly normal, but I am just overdoing it a bit.

We told him what we knew about alcoholism. He was interested and conceded that he had some of the symptoms, but he was a long way from admitting that he could do nothing about it himself. He was positive that this humiliating experience, plus the knowledge he had acquired, would keep him sober the rest of his life. Self-knowledge would fix it. (Alcoholics Anonymous pgs 39-40)

We first saw Fred about a year ago in a hospital where he had gone to recover from a bad case of jitters. It was his first experience of this kind, and he was much ashamed of it. Far from admitting he was an alcoholic, he told himself he came to the hospital to rest his nerves. The doctor intimated strongly that he might be worse than he realized. For a few days he was depressed about his condition. He made up his mind to quit drinking altogether. It never occurred to him that perhaps he could not do so, in spite of his character and standing. (Alcoholics Anonymous pg 39)

These are both excerpts from the same story, but both descriptions come from the observations of the members who were trying to work with him. Listen to how Fred himself describes this (after his big relapse):

“I was much impressed with what you fellows said about alcoholism, and I frankly did not believe it would be possible for me to drink again. I rather appreciated your ideas about the subtle insanity which precedes the first drink, but I was confident it could not happen to me after what I had learned. I reasoned I was not so far advanced as most of you fellows, that I had been usually successful in licking my other personal problems, and that I would therefore be successful where you men failed. I felt I had every right to be self-confident, that it would be only a matter of exercising my will power and keeping on guard. (Alcoholics Anonymous pg 40)

This mindset says; “All that recovery stuff you are telling me is interesting, but I am not so bad that I need to do all that.” That is often a lie and it tells a person that he or she can just pay attention to what he or she is comfortable hearing. “If it’s something I find uncomfortable or I don’t like it, I can just ignore it because all of that is for people who are worse off than me” (like the person or people talking to me).

On page 568 of the Alcoholics Anonymous book states that:

Willingness, honest and open-mindedness are the essentials of recovery. (Alcoholics Anonymous pg 568)

Let’s look at this kind of thinking and all how it resists these three essential mindsets:

A person who is still driven by the lie that he or she is not as bad as the facts show clearly, or who knows it is a problem but justifies it by picking someone and saying, “At least I’m not as bad as that,” is failing to work the first step. No matter what that person says, writes, does etc. as long as that mindset persists, the lie will win and at some point tell that person it is okay to use again.

THE LIE MUST DIE OR THE RECOVERY IS JUST PART OF THE LIE!

The delusion that we are like other people, or presently may be, has to be smashed. (Alcoholics Anonymous pg. 30)

One thought on “Starting Step 1 – The Lie Must Die”